Barbara Wilder - The Adventure Continues - Love, Money, Spirit, and the Divine Feminine: Bloom Where You're Planted, Go Where You're Called...

Posted by Unknown at 3:46 PM No comments: Links to this post

.
Back home I was attacked by a couple of women in a w

In the summer of 2007 I experienced a great deal of disappointments for my ego and deep growth and serenity for my soul.  When a couple of my workshops were cancelled my ego felt abandoned and betrayed.  But from deep inside my inner voice reminded me that we must bloom where we're planted and go where we're called.

Apparently I hadn't been called to my workshop venues.  The earth energies were intense, and as I sat blooming in Colorado I was glad to be in my cozy home, snuggled into my garden with my dog.  Years ago, I  remember Caroline Myss saying (and I paraphrase here) that we were all beings of light, and we were all called to plant our light in the planet. Then she asked if we could be content if all we were asked to do was to stay at home and hold the light?  That summer I learned that, yes, I could be content to just hold my light in my little corner of the earth.

Then around the first of October I felt the energy shift.  And, girl, did it shift for me.  It was a late Friday afternoon on October 5th.  I ventured out to an art opening in Boulder, Colorado where I lived at the time.  A woman I knew briefly approached me at the food table and nonchalantly asked if I would be interested in participating in an international interfaith peace conference.  She explained that this was an all expense paid invitation, but that I would have to be able to leave in one week.  I hesitated for as long as it took me to remember, the second part of my mantra, "Go where you're called."

Now, down to the details.  Who was putting on the conference?  The Universal Peace Federation.  That sounded good.  They are affiliated with the UN.  Okay.  I'm on board.  And it is under the auspices of Rev. Dr. Moon.  The Moonies?  Oh, my.  Did this change my mind?  Should I check into this a bit more, before I just jumped in?  My inner voice reiterated my lesson. "Go where you're called."  My benefactor explained that the eighty-eight year old Dr. Moon had turned most of his attention toward international peace making over the last 8 years. All of the work I do in the world is focused on world peace.  Of course, I'd go.
Now, I had exactly seven days to rearrange my schedule and head for Seoul.  I'm the author of a book about healing the energy around money so that we can bring about financial peace in the world, and its first foreign publication was in South Korea. What a lovely synchronicity. I had a few copies of the book in Korean, so I tucked them in my suitcase as I packed.  One copy was eventually placed in the Moon University Library.

After a 20 hour trip, I arrived in Seoul surprisingly rested and energized. The first night we gathered in a large ballroom of the beautiful five star hotel to meet and greet.  Korea is an extremely patriarchal society, so it was no surprise that women represented only about a quarter of the 250 participants from 100 nations. Much of my work has been with women, so being with so many men was not an unpleasant change. Everyone was open and friendly, and within a the first hour I had met a professor from Kashmir, a Christian minister from South Africa, a Greek Orthodox theologian, a Muslim business man from Iraq, a high school principal from Nepal, and Ruby Ann Darling, a formidable black woman with a twinkle in her eye, who was one of The Bahamas' first women members of parliament.

Ruby Ann and I hit it off immediately, and the next morning when we were loaded into buses for a trip to the university founded by Dr. Moon we sat together and shared our dreams of a peaceful world, as well as our trials of paying our mortgages as single women.

At the university we were told that we were to attend Dr. Moon's celebration of the 57th anniversary of his "miracle," which was his liberation by UN troops on the day he was scheduled for execution in a North Korean prison.  Seventy thousand people were in attendance for the celebration.  Our group was ushered into the front rows, and we each received a plastic bag with a program, a sun hat, a bottle of water and a cake.  Then to the assembled thousands Dr. Moon stood and spoke.  He spoke of his miracle.  And I remembered that very day.  I was a very little girl.  The radio was on, and I heard the announcer say that the war in Korea was over.  I was so excited that I ran out to the backyard where my mother was hanging clothes on the line, shouting, "Mommy, Mommy, war is over forever."  I got chills remembering our shared day.  My mind came back to Dr. Moon's talk just as he said something I was later to learn was unprecedented.  "It is time," he said, becoming very pointed and focused so that everyone would hear him, "It is time for the women to take the lead."  And then he did another new and shocking thing, he asked his wife to read the second half of his speech. I felt blessed to have been witness to this historical moment for the power of the feminine.

Another memorable moment of the conference was after dinner on the third night when different groups got up to sing.  The first group to sing was the Mongolians, who wore their national dress throughout the conference.  Their haunting chants vibrated into my core.  Then the Indonesians sang.  Then a group made up of Taiwanese and Mainland Chinese.  One very small Taiwanese man was so thrilled about this collaboration that he kept repeating "Taiwanese and Chinese singing together.  They should see us now."   Next, a group stood up to sing comprised of my Iraqi friend, a woman from Syria, one from Jordan, and a couple from Israel.  Suddenly, I realized that everyone was going to sing, except the North Americans.  We had nothing planned.  It took some begging, but I finally convinced my fellow country folk to sing when an African American woman from Alabama said that she'd join in if we sang "He's Got the Whole World in His Hands."  We were scheduled to follow the Africans who were so amazing that our group almost chickened out.  But the dye was cast.

We were announced and took the stage.  Soon I realized that this was a song we could all sing, and I asked the entire assembly to join in. And there in that room in a hotel far far from home, but only twenty-six miles from the DMZ and North Korea, 250 people from 100 counties sang together.  By the end of the tenth or eleventh verse many people in the room had tears streaming down their faces.  We were there together in God's hands.  We were there together to celebrate our shared humanity.  And we were there to absorb that feeling and bring it back home to 100 countries.

The final day I was asked to speak to the entire assembly.  I spoke about my memory of the day fifty-seven years ago, which I realized was the beginning of my quest for a peaceful world.  I spoke of the wonderful new friends I'd made, and then I turned the talk to the historical words of Dr. Moon.  I reminded them that Dr. Moon had said, "It is time for the women to take the lead."  But, I said, you men mustn't be afraid.  We do not want to push you aside, we want to include you.  We want you to walk alongside of us.  Women's leadership is different than men's. It is more inclusive. True feminine power is the power to love, to nurture, to create, and to make peace.  We all have feminine and masculine aspects within us.  You men who are here at this conference are demonstrating your own feminine power by being ambassadors for peace.  There was an outburst of applause.  Everyone got it.  If just for one moment, 250 people from 100 countries understood that true feminine power is the love and caring that will heal their world.

Go where you're called.  The little voice whispered to me as I looked out at the faces of those beautiful peace makers.

Back home in Boulder I was attacked by a couple of women in a women's media group that I belonged to for going to a conference that was sponsored by Dr. Moon.  I explained that I didn't agree with everything I learned about the Moon philosophy and his Unification Church, but there is no church or organization that I agree with completely.  We live in a diverse world.  What is politically correct in Boulder doesn't mean a hill of beans in a lot of other countries around the world.  Seventy thousand members of an extremely patriarchal society were told by a man they respect that it is time for the women to take the lead.  That counts for an awful lot in my book.

We must all open our hearts to those we have judged in the past and welcome them to the bring their unique pieces of the mosaic that will eventually complete itself in the creation of world peace.  We must not only accept our differences, we must celebrate them.  And to do that we must listen to our true inner voice, and make the difference that we are chosen to make.
.men's media group that I e
Posted by Unknown at 3:45 PM 1 comment: Links to this post

Barbara Wilder - The Adventure Continues - Love, Money, Spirit, and the Divine Feminine: Bury Your 2014 Intentions in the Cave

Email ThisBlogThis!Share to TwitterShare to FacebookShare to Pinterest
Giving and Receiving – And the Sacred Marriage - an excerpt from the forthcoming CREATING A SACRED MARKETPLACE
- by Barbara Wilder 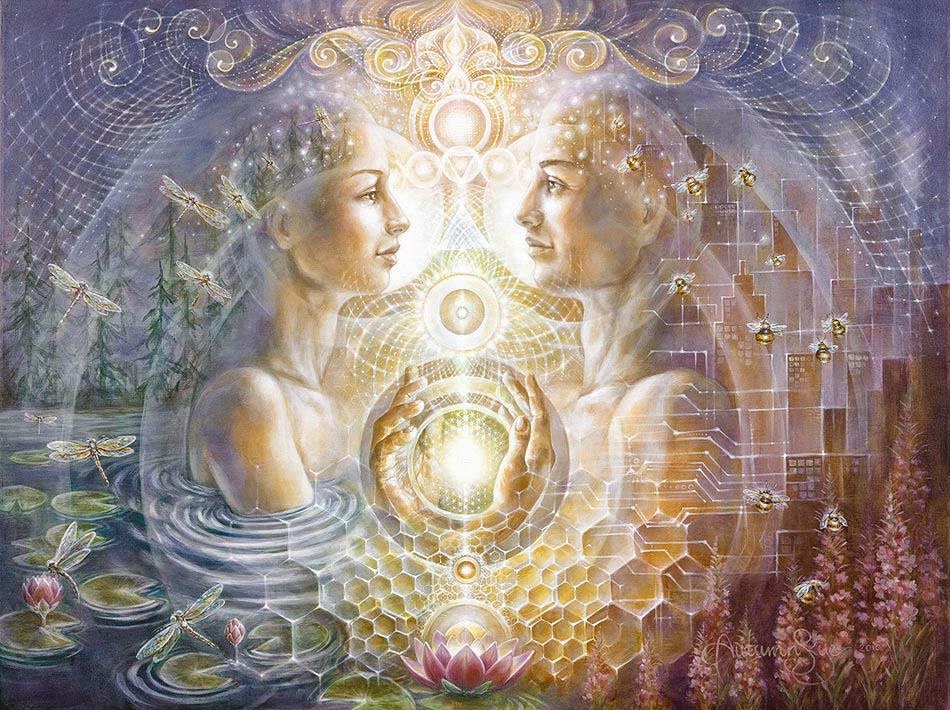